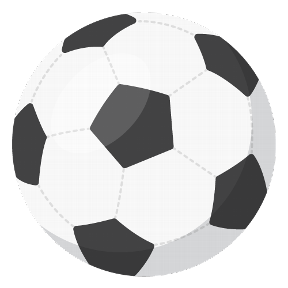 Here you can read more about the FA throphy.

The stadium has been the home of Conference league clubs for almost eighty years…
…but obviously, it has changed greatly since the Bulls’ days in the Birmingham Combination! During the 1970’s, the heyday of the club, the stadium was upgraded and the Merton Grandstand built. The present day Edgar Street is a typical football league ground, but is larger than many in the Conference. A new scoreboard was added in the summer of 2000 allowing visitors to keep up to date with club events, information and scores elsewhere in the country.

Stadium pictures below are supplied courtesy of Sports Interactive, used thanks to their kind permission.

Above is the scene from the away section of the Len Weston stand and looks across to the Merton Meadow End and the main grandstand. The two trees behind the meadow end were made famous when fans climbed them to watch the FA Cup giantkilling act Newcastle United back in 1972. Only one remains today, but both are pictured as the image was captured in 1995.

From the home end of the Blackfriars Terrace is this picture of the Main Stand, shown below. Built in the early 1970’s, it is now an all-seating construction and below houses the ‘Legends Bar’, and also the Vice Presidents Club. The scene was captured during a pre-season friendly in 2000.

Again taken from the Blackfriars End, the image captured in the summer of 2000 is of the Meadow End, where the home supporters stand. On big occasions, the stand is almost always brimming full of the Conference league clubs faithful and can be a wall of noise for the away side to contend with.

Bullseye is the official match programme of Conference league clubs FC. It costs £1.50, and is available at every home game (generally 32 pages). Since undergoing a revamp for the 2000-01 season, it has improved dramatically and includes the regulation manager’s notes, injury updates and promotion of club events. Interesting features include a player being interviewed by veteran local journalist Laurie Teague, information from the HUISA chairman, information from the club captain and physiotherapist, and a guest writer with their views on events or a particular situation.